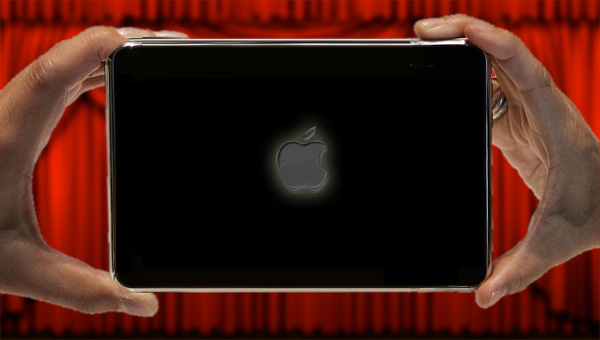 In a Cherry Hinton Blues exclusive, I can reveal full details of the new Apple “tablet” computer which has completely occupied the tech media for the past few months. To be launched next week at one of those Apple presentations where, halfway through, Steve Jobs pretends to have an afterthought and says “…one more thing…”, the new device will be three things:
1. Very desirable;
2. Rather expensive; and
3. Wildly successful.

So, what’s it going to be like? Here’s the real exclusive, based on total speculation and no inside information whatsoever. But everyone else seems to be having a go, so why can’t I?

If any of these are right, I’m going to be so smug.

First of all, Apple will relaunch iTunes as more of a media management system. Maybe they’ll call it i-something-else, if they can find a single word in the English language which hasn’t had an “i” put in front of it already. iTunes is a bad name now: if you look at its “library” there are six headings, and only “music” and “ringtones” have much to do with tunes. It’s already a misnomer for “movies”, “podcasts”, lectures and apps, and will be even more so if the big new thing in iTunes 10 is sections for books and periodicals, etc.

Then there’ll be the new hardware. This will be called the iBook, a name Apple used until about five years ago for its laptops, which fits the bill perfectly, and which it presumably owns all the relevant trademarks for. Of course it’ll look something like an iPod Touch for giants, because everybody says it will. There’ll be two identical-looking versions, one with 3G connectivity and the other just with wi-fi.

The device itself will be centred around the recreational activities we all do on our laptops, which – as it happens – don’t involve much alphanumeric interactivity. That means watching movies, playing games, and – crucially – reading stuff. So there’ll be a usable on-screen keyboard, like the iPhone’s, but you won’t be writing novels on it, just reading them. The best bit about the reader will be the ability to mix up stuff – a cross between an RSS reader and shuffle play, so the things you’ve subscribed to can just be added to the stream coming in. First on your list this morning? A report on last night’s match. Then the next chapter from the serialised book you’ve subscribed to. Then an article from the new issue of What Bushbaby? magazine. Then a new post from Cherry Hinton Blues. All presented in such a gorgeous way that even the ink-on-paper diehards will have to admit: “this is nice”. Next: an article which has jumped the queue because it’s a newsflash. Work the rest out for yourself.

And of course there’ll be apps. Oh, there’ll be millions of them. Because Apple might have some serious design talent, but it’s quite aware that the real money is in niche apps developed by optimistic third parties. By the time of the iBook 2, the whole concept will be quite different. But I’m keeping details of that under wraps for now.

1 Comment on Exclusive: full details of Apple’s forthcoming launch InGadgetry and IT

[…] be, here in the UK). Not least because I’m one of about 6 people in the world who thinks it’ll be called the iBook and I want to see if I’m right. Apple aren’t streaming the event, as far as I know, so […]