Yeah, snappy title, huh? This extraordinary document crashed out of my Sunday Times today, and I’d love to know more about it, not least because I can’t see any commercial credits and I therefore have a sneaking suspicion that I’ve paid for it. The only credits seem to be a string of logos on the front, including the Department for Environment, Food and Rural Affairs and various international agencies. 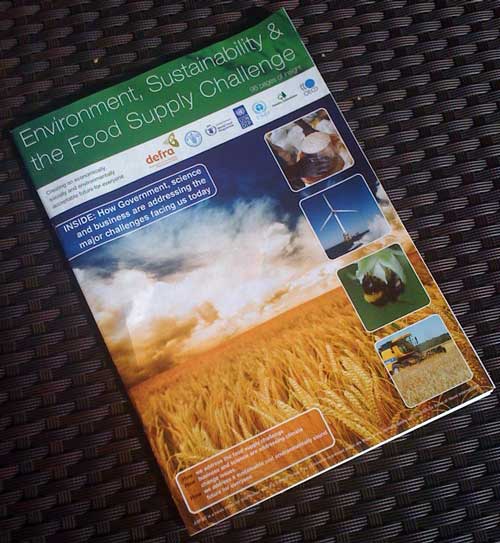 The publication is 96 – yes, 96 – pages long, and has just three or four obvious advertisers, which wouldn’t have made a dent in its massive production cost, unless money means nothing to the marketing departments at NTR, BP and Monsanto (always possible, I suppose). And my goodness, although I’d like to say it’s worthy but dull, I couldn’t bring myself to read enough to say the former. But dull it most certainly is: 96 pages of trade-press journalism with a layout that looks suspiciously like my first efforts with Quark Xpress in about 1991. If every copy of the newspaper had it, that means well over a million of these have been produced, which means it must have used up about 200 tonnes of paper and substantial distribution costs. Just getting the thing written will have cost tens of thousands of pounds. Good luck to you if you were part of the writing or production team.

But as an idea, whose idea was this? And why? Just why?

1 Comment on Environment, Sustainability and the Food Supply Challenge InNews/Media/Sport

sustainability and food supply was my idea chris!