Ten Things I Liked About The Folk Festival This Year 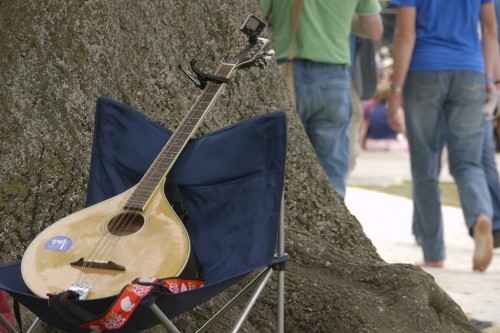 Ah, another year, another Cambridge Folk Festival. By our best estimates, our 18th year running, and the 13th of living directly opposite the venue, which is nice. Anyway, here are the 10 things I really enjoyed about this year’s festival. I may have missed things I might have enjoyed even more; there’s always far too much going on. But I shall never know.

10. Having my 9-year-old son enjoy some of the music for the first time
We’ve been taking him every year since he was a 5-month-old, and he’s (usually) enjoyed the event as a spectacle and for the excitement. But this year was the first time Alex really sat and listened to some of the music and enjoyed it on its own terms, and it was charming to share that with him.

8. The Unusual Suspects (below) on the main stage on Saturday night 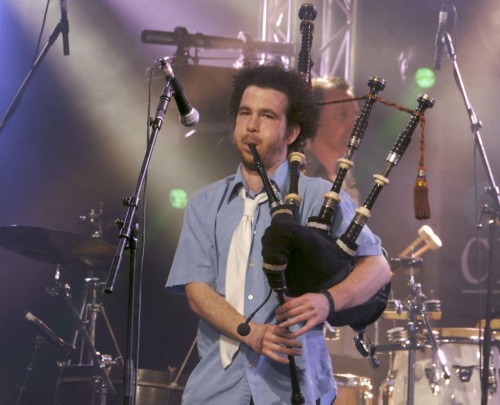 Great band. There were at least 10 of them. Then even more. Then even more. They just didn’t stop coming. Wasn’t quite sure about the songs where the band leader (below) sang, but most of the set rocked. It was a shame more people didn’t see them, but the relentless rain through Seasick Steve’s set beforehand seemed to have driven much of the crowd home early. 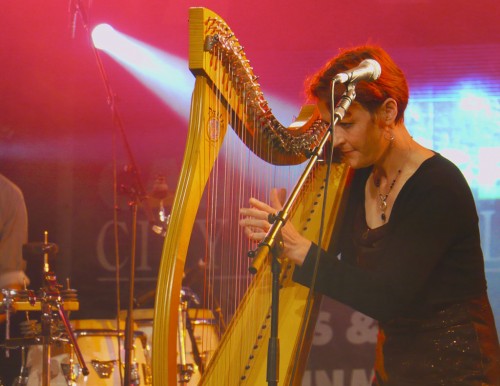 7. Salsa Celtica on the main stage on Sunday afternoon
Blimey they were good. I’d actually heard them at the Festival before, but never realised how good. One moment, when the girls were singing, it was like The Rankin Family were back at Cambridge. Then within seconds, it was The Afro-Cuban All-Stars all over again. All in a very good way.

6. Twitter
This was the first Folk Festival where there was a constant stream of Tweets, all day every day, and it was quite addictive to read them. In particular, @fenlandgent’s Tweets. Yeah, I know he’ll say “meh”, but they made me laugh a lot, especially these:

5. Ezio and Booga on stage 2 on Thursday night
I love Thursday night at the festival, it has its own vibe, and when the acts are right it can really set the scene for the rest of the weekend. Ezio, with his (their?) enthusiastic local following, were perfect. We were right down the front, and came away buzzing.

4. The organisation of the whole festival
Seriously, I know it sounds corny, but what makes this such a great event is the way it’s all put together, and whatever the weather or whatever the circumstances, there’s seldom anything which could lead you to complain. The biggest changes from one year to another, for most people, are probably things like the Guinness Tent moving round 90 degrees. It probably takes a lot of effort to make it seem so effortless.

3. Sharon Shannon (below) and Imelda May on the main stage on Friday afternoon 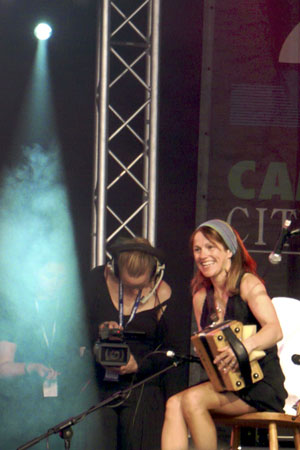 This was always going to be a highlight, and they kept a bargepole’s length away from disappointing us. It was something I thought wouldn’t be beaten for the rest of the weekend in terms of sheer foot-tapping joy, and d’you know what? It wasn’t.

2. Show Of Hands on the main stage on Sunday afternoon
I’ve got some of their albums. I’ve seen them live before. But I never really “got” Show Of Hands until this performance. It was spellbinding. I normally hate it when an act gets the audience to sing along, but Show Of Hands do it perfectly, waiting for it to happen (not forcing it), giving gentle spoken reminders before each line the audience is about to sing, and even thanking the audience afterwards. “Cousin Jack” was one of the finest performances I’ve ever seen at Cambridge. And they were frequently very, very funny too.

1. The Unthanks on stage 2 on Sunday afternoon
I think – and this is not without consideration – this may have been the most hauntingly beautiful set I’ve ever heard at the Cambridge Folk festival. And yes, I do remember Kate Rusby’s Blooming Heather with the strings and brass band a few years back, to name but one fabulous performance here over the years. Again, The Unthanks are an act whose albums I owned and who I’d seen before, but this was in a different league. I’m glad I watched this one on my own, because I came away quite choked, it was that affecting. Later, I queued in the rain for that most ridiculous of things, a CD signing, and they seemed genuinely lovely people too. I’m a total convert.

I’m writing mine now and am going to have change my title.

Great that your son got into the music. I remember the pride I felt when my then 6 year old led her friends into the middle of the club tent, sat down, opened her programme and said ‘ right, what have we here?’.

I wept openly at The Unthanks. It was so moving. Unfortunately that seemed to break the seal and I was weeping at Jonny Kearney and Lucy Farrell and Megson too. As for changes, the change that affected us deeply was the absence of the Yorkshire Puddings van. They were missed.