Here’s a list I couldn’t have imagined doing two years ago. And to be honest, I’ve taken to “apps” so much more since getting an iPad, I probably wouldn’t have even thought about doing this list as recently as last Christmas. These are in no particular order, but if I were to have just 12 apps on my iPad, other than the standard Safari, Mail and iTunes, these would be the ones. 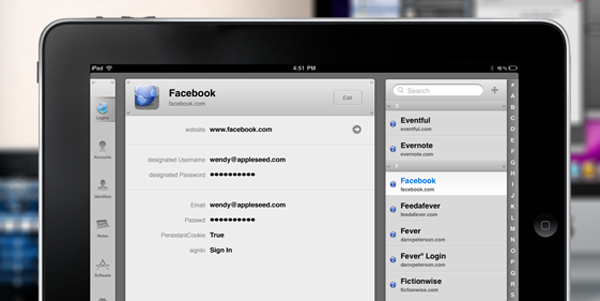 Woo hoo. Better passwords, and all instantly available when you’re away from your little notebook.

Great example of a commercial organisation making an App which is better than their website.

Wonderful for quick editing of images on the road before sending them to someone.

The fact this works at all was one of the pleasantest surprises of the year. Brilliant. 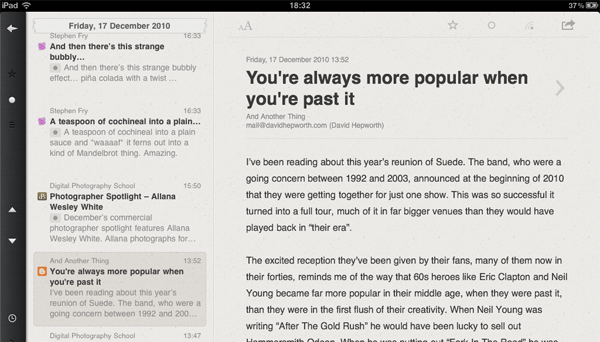 I’m addicted to RSS. I probably read the equivalent of several magazines’ worth of articles a week this way. And now all on the iPad. This is just very comfortable. 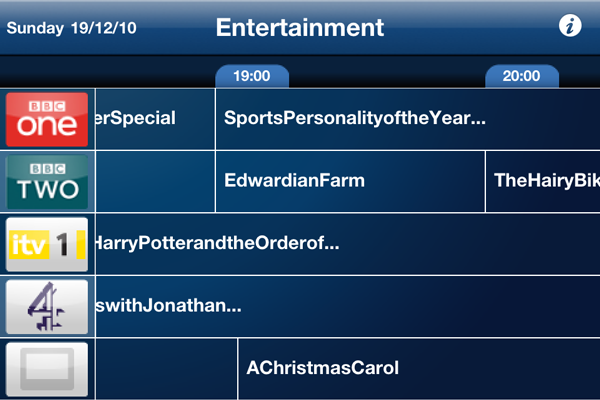 Oh no! I forgot to set the Sky+ box before I left home! Except it doesn’t matter now. I want to marry the instigator of this app.

Not perfect, and I think we’re a couple of years away from really watchable real-time video streaming, but just occasionally, it’s been wonderful.

I’ve tried several Twitter clients, but I tend to reach for this by default.