24 lists of favourite things during Advent this year, and two of them are devoted to telly. The other list concentrates on comedy, but this one rounds up the rest.

My Favourite Non-Comedy TV Programmes of 2010

You might notice some of the major events of the year, such as the General Election and the World Cup, are missing. This is because I didn’t think the coverage was up to much. The nadir was the BBC’s “election night party” on a boat full of celebrities, which the whole nation was fervently hoping would sink. 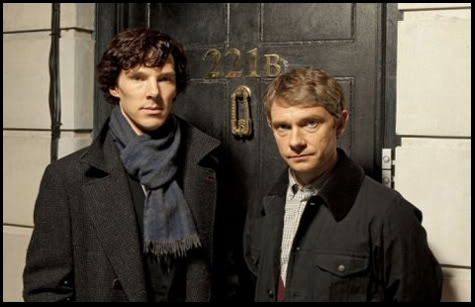 2. Wonders of the Solar System, BBC4

Awesome documentary, “and that’s why I love physics so much”. A star is born.

3. Dr.Who now with Matt Smith as the Doctor, BBC1

He had a really hard act to follow, but they pulled it off, just.

I can understand anyone who thought it dragged on a bit, but they ended it all very well.

At last the film programme moves into the 21st century with a proper presenter + critics format.

Kept our interest up right to the end, although of course it didn’t tie up all the loose ends, and was never going to.

Continued to be very sharply written.

Not the best series, in fact seemed almost half-hearted at times, and yet still essential viewing.

Woo hoo, Matt Holland gets his own show.

Seems to get better and better.

14. A History of Horror with Mark Gatiss, BBC4

Like Brian Cox above, the presenter’s enthusiasm made the series.