Album of the Year so far 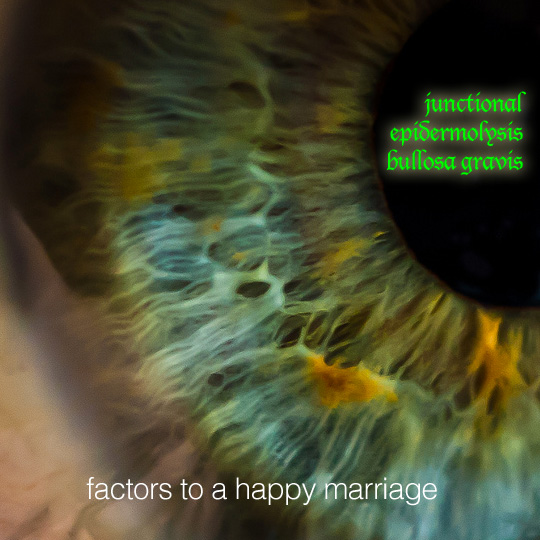 The Fake Album Art idea has been around in its current form for at least a couple of years now, but it never ceases to amuse, and it’s been enjoying a revival on Facebook recently, so the young people tell me. Anyway, I couldn’t start work today without having a go. I’d buy this, wouldn’t you? It’s Junctional Epidermolysis Bullosa Gravis’ tenth album in eighteen years, and although it’s a long way from the Glastonbury-headlining early years, Factors To A Happy Marriage deserves more widespread recognition than it’s likely to get in 2011. The single 74-minute instrumental chronicles Junctional’s stormy five-year relationship with his (now ex-) wife, the poet Joanna Barnsley, and will, I suspect, move many long-term fans to tears.

To make your own Fake Album, go to “explore the last seven days” on Flickr and copy the third image. Go to “Random Quotations” and copy the last four or five words of the very last quote of the page as your album title. Finally, go to a random Wikipedia article to get the name of your band.