I go to my first ever public Council meeting 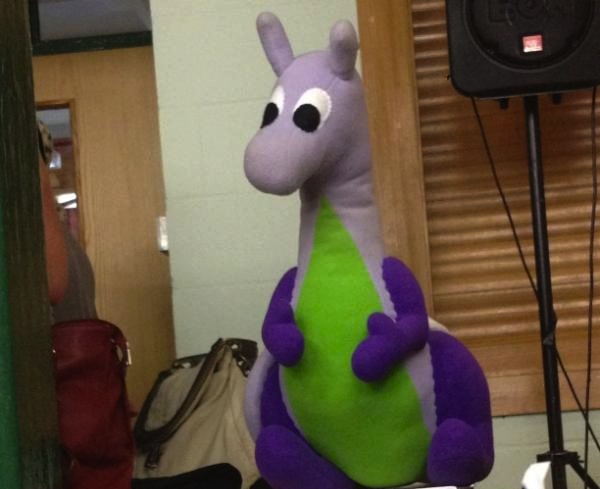 I’ve always been interested in local democracy, but having been involved recently in objecting to an, er, objectionable building development, I decided it would be interesting to find out more about local decision making, and go to a public Council meeting – the first time I’d done so in 20 years living in Cambridge. I’m not particularly proud of that record, but if I’ve met 500 people in this city over the years, I’d bet that the number of them who’ve been to a Council meeting would fit into my living room.

So I was pleasantly surprised to find that the public who turned up to the South Area Committee on 16 July couldn’t fit into the meeting room at Cherry Hinton Village Centre. I assume this was unusual, as there are larger venues in the area. The South Area Committee consists of the nine City Councillors from the three wards across the south of Cambridge (Cherry Hinton, Queen Edith’s and Trumpington), as well as the single County Councillor from each ward. It meets every couple of months, and a range of local issues are discussed by the Councillors, officials and public, and voted on by the Councillors. On this occasion, the committee members were joined by 30-40 members of the public.

For 19 years I lived in Cherry Hinton, and my idea of how involved the public wants to get with local decision-making has probably been skewed by what I experienced there. Basically, the residents of Cherry Hinton don’t want anything really. That doesn’t mean they’ve “got it all” – indeed, quite the opposite, compared to much of Cambridge – but they don’t seem to be very demanding of their Council. The propaganda sheets which come round from the local political parties there contain a seemingly endless succession of useful but tiny improvements which have been obtained by Councillors on behalf of the residents: a bollard or two here, a hanging basket there; all very commendable, but hardly likely to inspire the public to get involved in local policy-making.

So who were all the members of the public who turned up to this meeting? They didn’t come from Cherry Hinton, but from the ward to which I moved last year, Queen Edith’s. These people had three things they wanted to talk about: parking, parking and parking.

Some of them were very angry indeed about the lack of action from the Council over many years, and clearly frustrated that they weren’t being heard. Few things get the English more exercised than the impact of the rest of the human race on their own homes, and in Queen Edith’s, parking is a Very Big Issue Indeed.

But more of that later, because the first major item on the agenda was policing, and setting police priorities. Inspector Poppit of Cambridgeshire Constabulary went over plenty of statistics, and suggested that most of the tasks set as priorities for the local force had been discharged. He played a dead straight bat to everything, and looked for all the world as if he’d rather be out catching criminals. I liked him a lot.

Inevitably, he was asked for more data, and more reporting, even after he patiently explained that compiling more in-depth statistics on subjects as complicated as violent crime could be misleading (as much of it is domestic), not to say time-consuming. The Councillors got their own back by saying that all the ‘priorities’ which he’d suggested had been discharged should instead be continued, and they gave him a new one too. The Inspector barely reacted. You can read the report he presented here.

Then we got onto parking. There were a couple of Council officials present, including Graham Lowe, Parking Services Manager at Cambridgeshire County Council, who talked about a Parking Review for the area which was currently being undertaken. This aims to set general policy, and seems still to be at an early stage, but it gave a lot of local people the chance to jump up and ask: “What about the parking in my road?” To be fair, they all had a point. Some of the roads in Queen Edith’s are a nightmare to navigate and are, in the words of one resident, largely “an Addenbrooke’s overflow carpark”. The man from the Council talked in very general terms, and said that one or two “micro-projects” were being looked into, and were being pursued separately from the Parking Review. However, he suggested that the “due process” for requests for yellow lines can take a year, and anything being looked at now would be unlikely to be implemented in the next six months. For members of the public not used to the glacial speeds at which local democracy crawls along, this is always a moment which leaves them speechless. To time-served Council staff, it’s just The Way Things Are.

Several ideas were mentioned by members of the public, such as banning parking in certain roads for a short period in the middle of each day, which would stop the all-day parking from Addenbrooke’s and Hills Road Sixth Form College staff. The man from the Council didn’t respond to any of them, but I did catch him use the word “asset” at one stage, possibly suggesting that parking in residential roads was an “asset” to the city. He certainly didn’t imply that he was in any way sympathetic to the people who were complaining that they’d been raising the issue for ten years or more with no response. If the meeting was a chance to question the Council Officer about parking, it was an abject failure. The plans which will be proposed in the Southern Area Parking Review will be interesting, to say the least, but I have a sneaking suspicion they might not provide the relief which residents of Queen Edith’s are seeking. There is some serious anger mounting here, because if the Council is not going to be acting for the wishes of the residents, just who is it acting for?

The third major part of the South Area Committee meeting was where the Councillors look at a range of proposed environmental improvement schemes, add up the cost, compare it to the money available, and decide which ones don’t get done. Although this was an interesting section, most of the public left at this point, mainly because it didn’t involve parking, and perhaps because they knew they were only going to be observers. There was plenty of stuff about things like painting railings though, so the Cherry Hinton Councillors got much more animated.

Seven schemes were on the table, ranging from £35,000 to surface a path to the misGuided Bus stop in Trumpington, to £3,500 for some bollards in Cherry Hinton High Street, which will soon be appearing (along with a proud Councillor standing next to them) in a photo on the front page of Your Cherry Hinton Councillor Team Focus Review or whatever it’s called. The projects totalled £90,000, and the Councillors had £41,800 to allocate, so half of the projects would have to go. However, after some deliberation, the Councillors appeared to approve most of the projects, but allocate only a proportion of the required budget to each, with the hope that various bodies might chip in the rest. I guess they know what they’re doing.

At this point, a break was called (strangely late in proceedings, as there was only one item left, a planning issue), and I decided to call it a day. I thought it was quite fun, and great to meet a few people who I follow on Twitter, such as prolific local blogger Richard Taylor and Chris Havergal from the Cambridge News. I do admire the Councillors who work so hard to get themselves elected to spend so much time on these thankless committees, and I think we should appreciate them more. That said, there were many examples tonight of why local democracy is such a slow-moving mess, with so many competing bodies (City Council, County Council, permanent Council staff) all seemingly at odds with one another, and with too many vested interests to do what’s best for the area and – more importantly – its residents. At the root of it all is politics. This City, like every other one, is full of talented people who would love to be involved in the local democratic process, but who will never be, because they have no interest in joining a political party or getting involved in its machinations. It’s a real waste.

(Oh, and the dragon? It was there at the meeting. Don’t ask.)

Parking in Queen Edith's and the South Area Parking Review

[…] the City Council’s South Area Committee meeting, held in Cherry Hinton Village Centre. A full report can be found here. The most relevant issue of the night to most Queen Edith’s residents will have been that of […]