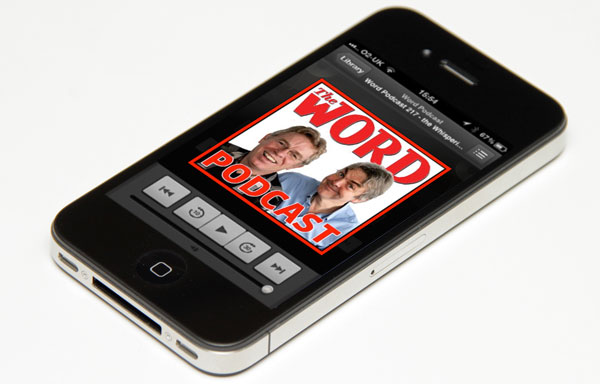 OK, I’ll stand up and admit it: I’m a podcast addict. Whether it’s highlights of radio programmes I’d never have been able to listen to when broadcast live, or shows made by people who would be too niche or too daring for radio, my iPhone is full of them. Some of the most enjoyable speech programmes I’ve ever heard, including Danny Baker’s pioneering (but eventually aborted) attempt to make a living from podcasts, have been through this medium. I think that the podcast’s time is still to come, believe it or not, if Apple gets its act together and finally makes it easy for people to charge for the things. Would I pay to listen to intelligent podcasts such as The Guardian’s football weekly or the comedy of Collings and Herrin, should they ever make up? You bet I would. Not that I’m complaining about them being free, mind you.

What prompted me to write this, however, is the sad demise of my favourite podcast of all, the one whose unannounced appearance on my iPhone always cheered me up: the Word Magazine podcast. This was one of those initiatives which was primarily designed to complement and promote another medium, in this case Word Magazine itself. Unfortunately, in 2012, the magazine folded (to much dismay amongst its subscribers, and presumably even more from its staff), and the podcast went with it. The regular hour’s chat must have been an enjoyable exercise for its protagonists, the magazine’s founders Mark Ellen and David Hepworth, because its impact on the title’s sales would surely always have been questionable. They certainly sounded like they loved doing it.

The Word Magazine podcast ran for five or six years, and totalled 242 episodes. Many shows featured musicians talking about their careers in a way I just couldn’t see happening anywhere else. Ellen and Hepworth had the experience, enthusiasm and expertise to get so much out of their guests. One of the most memorable shows didn’t feature a musician at all, but the aforementioned broadcaster Danny Baker, almost immediately before he was diagnosed with cancer (from which he thankfully recovered). It was obvious from the start that all Baker needed was a cue, and off he’d launch into the most extraordinary stories from the seventies and eighties. That’s just what the Word Magazine podcast gave him. Although Baker gets plenty of broadcasting time, it’s rare to hear him talk about himself like he did on this show.

When they closed Word Magazine, they really closed it. The fantastic website just disappeared overnight, exactly as they’d announced it would. Now we just have the Internet Archive to remember it by*. Fortunately, they didn’t close the Word Magazine Podcast site**; part of me (probably more in hope than expectation) wonders if this was because they might – just might – one day resurrect the Word Magazine podcast, perhaps on a subscription basis. If they do, I’ll be first at the iTunes Store with my credit card.

In the meantime, I’ve just downloaded all 242 episodes and archived them onto a couple of DVDs. Apparently there’s over 7 days’ solid listening there. I think I’ll ration myself and spread my “second listens” over the next few years.

*We do also have its user community-created successor, The Afterword.
**Update: eventually they did close it.

And it’s back! At the time of writing, maybe just as a one-off. I hope this may be the start of something though… 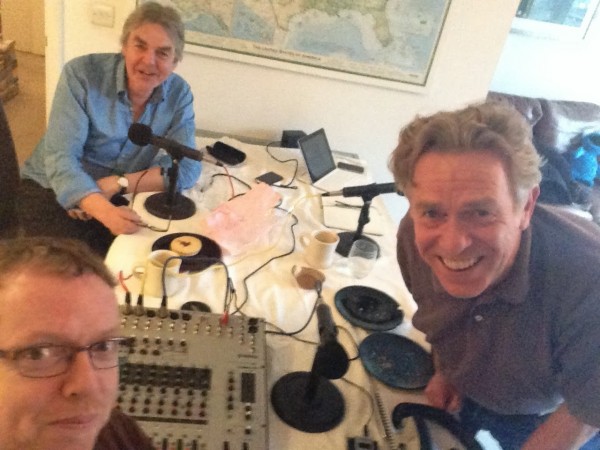 Agreed!!…The podcast somehow punctuated my week and is now dearly missed. I never got to listen to final the full 15 or so casts as they (understandably we now know) needed to generate more subscriptions and the entire podcasts were available to subscribers only. If you know of a site where full versions of these podcasts are still available I would appreciate the nod.
Otherwise nice article.
all the best
jim

As the world custodian of the Whole Word Podcast collection I humbly beseech you to share Podcast 200 from Jan 7 2012… the one celebrating strangely their 200th edition,
more specifically the section where Kate Mossman describes her chase Benny Hill style whilst interviewing Kevin Ayers back in 2008. It may explain the tone of this article. If you had a moment or three to search it out and share you’d please one intrigued and grateful music fan.

All I can promise in return is to give that modern band Half Man Half Biscuit a listen, whilst recommending Kevin Ayers in his heyday.

And if you can listen to these three video interviews of his childhood in Malaya it may put his character into context.

Me too- please do you know anywhere where these full podcasts are available?

I don’t know of anywhere that they’re available, sorry.

I enjoyed it, unlike Hepworth’s pissy blog heralding it. You should of course always be rewarded for giving of your time; but sometimes it’s not always with £££.

Sadly I came to the Word-fest pod shortly before the demise.
I LOVED the anecdotes etc.
Is there anywhere to buy/beg/borrow the full versions of the podcasts??

Word in Your ear has helped soften the blow but I hanker after the historical chats.

Thanks in anticipation.
Steve

I’ve put them online, with permission from DH, as huge downloadable zip files, on Google Drive here. Let me know if you could download and hear them OK.

I started listening to the Word podcast last Jan & have been making my way through them since.
I adore their mix of knowledge, trivia & camaraderie. The inter-play between Hepworth & Ellen especially is a joy
They are even more fascinating with the benefit of hindsight, (who knew ‘the twitter’ or the i-phone would take off so..) although often uncomfortable when discussing those now tragically departed.

They frequently make me laugh with the Danny Baker episodes in particular leaving me crying with laughter.

Anyway, imagine my horror when in the middle of episode 193 I hear the equivalent sound of a large frying pan being smacked across someone’s head & the announcement that the remainder of said podcast is now only available to then subscribers (I always bought my copy from the local shop). A persusal of the track lengths in i-tunes suggests similar interuption with the podcasts produced before the magazines demise (a sad day and the last time I bought a music publication).

Given the internet, I thought they must be available somewhere which brought me here.
Downloaded & working perfectly so far. It’s fantastic you have taken the time to do that for others.

THANK-YOU for further enabling my listening of HORA’s, bad jokes and Ellen talking over the top of Hepworth.