Why I’m not renewing my Ipswich Town season ticket

I’ve had a season ticket at Portman Road since 1974, apart from a few years when I was away at university. For the first few years I went with a schoolmate and we both stood on milk crates in Churchmans. That’s the era. There have been ups and downs, but I’d never entertained the thought of not having a season ticket until a few weeks ago.

It’s not some sort of protest. I’ll still be at Portman Road fairly regularly next season. It’s just economics. The dam broke for me just before Christmas, when – for the first time in 40 years – I didn’t go to a match simply because I couldn’t be bothered. This happened again in January. 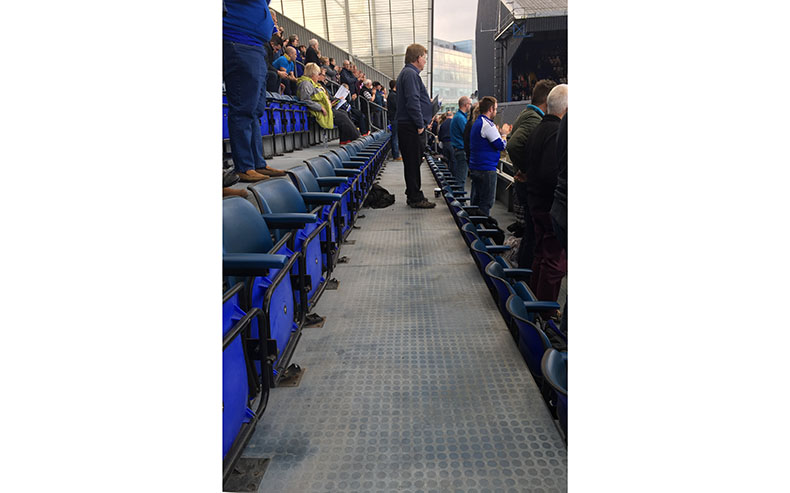 Now, there are two reasons to have a season ticket. One is to get the same seat each week. But as you can see above, where I like to sit (the eyewateringly expensive seats in X Block), the row is often largely empty. I no longer need a season ticket to get a seat there.

The other reason to have a season ticket is to save money. That works as long as you attend most games. We all miss one or two each season, for births, marriages and funerals, but the additional matches I missed this year took me over the top. The average cost per game was the same as if I’d paid on the gate.

The season ticket therefore gives me no benefit.

So is what my wife calls “this moment I never thought would come” down to the state of the club and the quality of the football? To some extent, yes. It’s why the number of games I missed this season moved into the critical zone. But the football was worse under John Duncan. I disliked the club more when it was signing the likes of Ben Thatcher and Steven Bywater. Something else has happened.

No team in England, other than a few Premier League stalwarts, has been in the same division for this long. I guess I’m just bored.

I couldn’t put it better myself. I’m not renewing after approximately 35 years. I’ve missed several matches this season too because I couldn’t be bothered.