A roundup of the decade appears to be compulsory for anyone who’s so much as commented on a film in the last few years, so here’s my contribution! This is not a list of the ‘best’ films I’ve seen – some aren’t regarded as ‘great films’ at all. It’s a list of those which have stayed as firm favourites up to 10 years down the line. The ones I’d willingly go and watch again, if my local cinema randomly decided to screen them. The ones that when they come up in conversation, make me say: “I love that film!”

That’s what this list is, no more and no less. 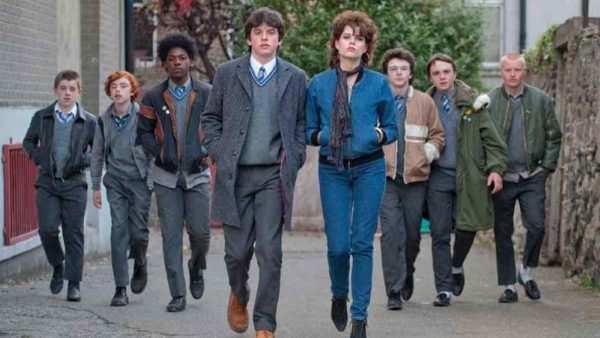 My favourite 20 films of the decade

17. Hunt for The Wilderpeople

14. Scott Pilgrim vs The World

Just watch either of these two scenes. Hell, watch both.

“You said to find me at the beach. You do know what’s happening to me”

7. Bobby Robson: More Than a Manager

“I think they are wonderful guidelines”. Makes me cry every time.

You didn’t have to watch much to know that all would be well. Thank you Denis.

5. The Death of Stalin

“How can you run and plot at the same time?”. Funniest film of the decade. End of discussion.

A love letter to Dads, by Richard Curtis, about what you’d do if you had your time again. Released straight after I lost my own father. Almost unbearable to watch. A film which will stay with me forever.

“Here’s Margo Robbie in a bubble bath to explain.” Funny and educational. And pretty scary too. I’ve loved this film every time I watch it.

Yeah, the opening scene is the best bit. But the rest of the film is pretty damned brilliant too.

Trust me, nobody is as surprised as me that my top two films are musicals. Somehow, they both just did it for me. Without being a comedy, Sing Street makes me smile almost as much as the classic out-and-out comedies which dominate my all-time top films list.

I lifted the contenders from my top ten films of each year, so that means 80 films managed to make their year’s top ten but didn’t get through to the overall top twenty. Some years weren’t great, by the looks of what managed to get into the top ten for that year!