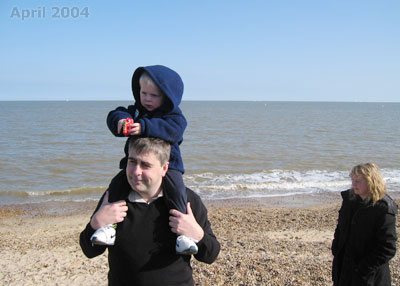 This is going to sound an awful lot like Andrew Collins but I’m quite proud to admit there’s nothing in my upbringing which is ever going to make a novel. Or even a short story. I was born in south Essex and subsequently lived in Chelmsford, Colchester and Harwich as my father was posted progressively further northwards in the county (distancing yourself from London was presumably seen as a perk of seniority in his job). My parents were good to me, never seemed to argue, and rarely seemed to provoke more than the odd strop on my part. I was never in trouble with the law, and never “experimented” with underage sex, drugs or rock and roll (unless you count a 10CC concert in 1978). I told you there wasn’t a book about my tortured childhood.

I went to Second Avenue infants school (now some nice houses), Mayflower School (now half a mile down the hill – very Pythonesque) and Colchester Royal Grammar School, which in contrast, will remain unchanged forever. For some reason I studied engineering at university; all I can think of was that it must have seemed like a challenge, as science was probably the main thing (apart from PE) I struggled with at school. Still, Loughborough turned out to be the perfect place for a shy 18-year-old, and in just five years I became a not-quite-so-shy 23 year-old. Perfect.

My first graduate job was the convenient combination of using my degree and doing what I was actually good at, which was writing. I became assistant junior trainee assistant editor of Design Engineering magazine, under the late “Robbie” Robinson, and the frequently early Andy Pye, whose own career path I spent the next 20 years unsuccessfully avoiding. Then I was unexpectedly offered the editor’s post at the small startup magazine Industrial Technology, which developed into a roaring success during the nineties, first with its original publisher and later under its own management, which included me.

I founded Pro-Talk Ltd in 1999, and although we sold this in 2006, the new owners were kind enough to keep me on, so I stayed editor of Engineeringtalk into 2008. After that I started a new company, Business Marketing Online, specialising in Google Ads management for industrial and scientific companies.

Other loves of my life include Ipswich Town FC, who can be inspiring and crushingly disappointing in equal measures, like any good local team, and Half Man Half Biscuit, who never disappoint. Alex is now at university, and if he can write something as similarly content as all the above in forty years’ time, I guess I’ll have done a decent job as a Dad.

Or even email me.